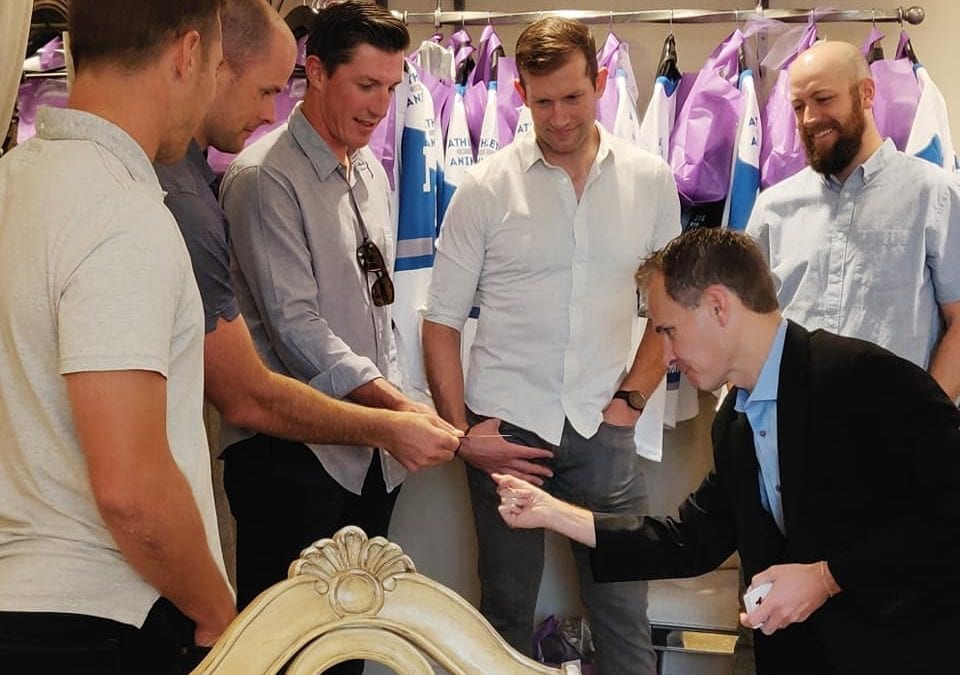 For two years in a row, I’ve been invited to entertain at a very special fundraiser event at the Leopold’s Mississippi Gardens Event Center that is all about educating the public about responsible pet ownership, promoted pet adoption, raised funds and distributed grants to support best practices in animal welfare. The event is put on by an organization called “Athletes for Animals” which was started by David and Kelly Backes. David Backes is a professional NHL hockey player for the Boston Bruins but is originally from Spring Lake Park, MN (a northern suburb of Minneapolis). In August of 2019, they hosted their 2nd annual Minnesota Meritage Wine Tasting event which included members of the MN Wild hockey organization.

The players donate their time to this event which helps draw a great crowd each year who all contribute to the great cause of helping animals. They even have dogs and cats at the event who are up for adoption! I’m often asked to donate my time to different charitable events but unfortunately I’m so busy that it’s not always possible. The two categories of fundraising events that I consider donating some of my services to are animals and children. I just entertained yesterday at the Shriners Hospital for Crippled Children in Minneapolis (keep tuned for another post about that!).

At this year’s wine tasting event, I was invited to amaze the NHL players and their wives before the event began. I had a ton of fun amazing Zach Parise and Jason Zucker of the Minnesota Wild, Ryan Carter (former MN Wild player who is now a Fox Sports North commentator), Nate Prosser of the Philadelphia Flyers (formally of the MN Wild), Ryan McDonagh of the Tampa Bay Lightning and Derek Stepan of Arizona Coyotes. I was able to pull my latest magic trick called “Diabolical” on Derek Stepan. See the video below of the fun we had. I think the boys were amazed!

The other funny thing is Ryan McDonagh is actually from MN. His mother hired me to entertain at his younger brother’s all night graduation party for Mounds View High School a few years back. It truly is a small world especially as a magician in the Twin Cities of Minneapolis and St. Paul. 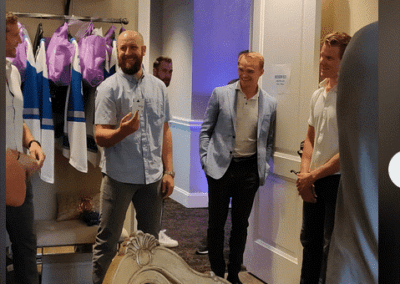 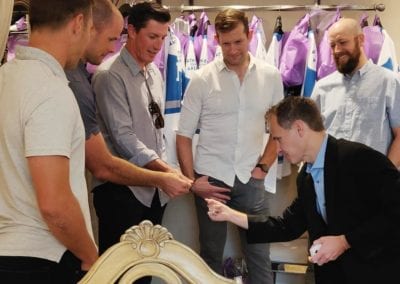 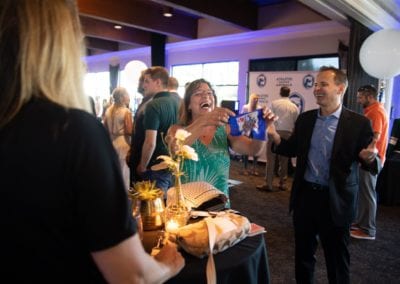 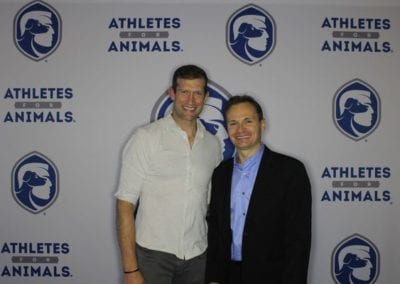