The Emerson event at US Bank Stadium 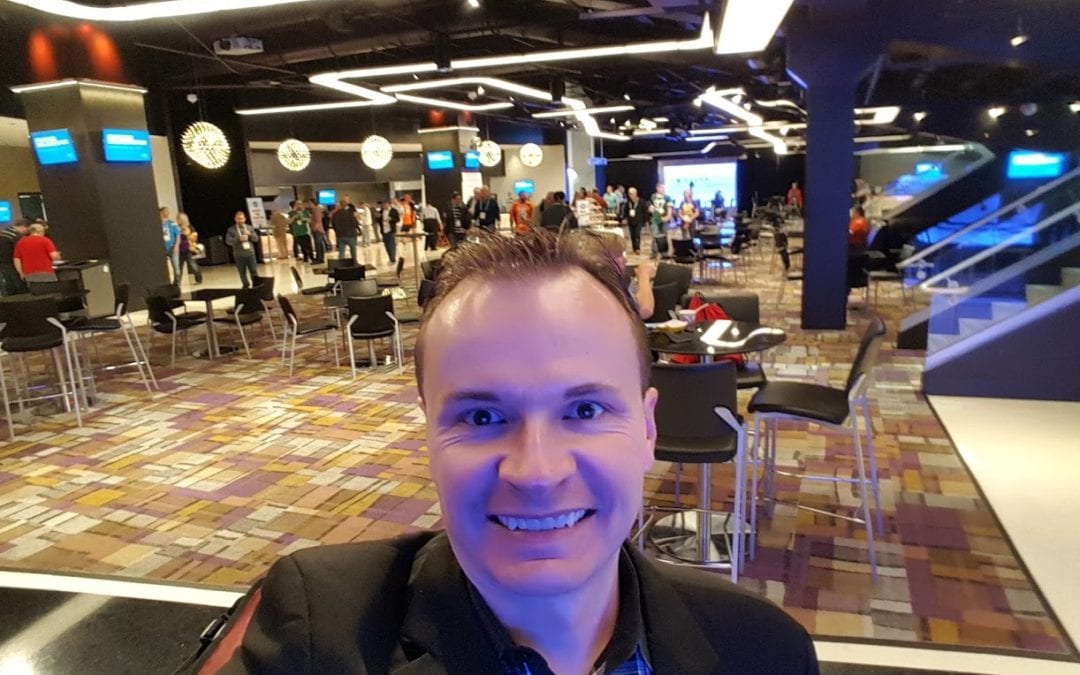 US Bank Stadium in Minneapolis sure is an impressive stadium. I still haven’t been able to attend a Vikings game yet but was recently invited to entertain a large corporate event for Emerson.

They rented out the entire field and bused most of the attendees over from the Minneapolis convention center. There they had to go through stadium security before being lead to the field were most of the event took place.  I mostly performed in the Delta Sky360° Club.

My last time performing here was when it was still the old Metrodome when the MN Twins hired me to entertain their fans and corporate guests for six seasons. The Twins of course have moved to their own stadium on the other side of downtown Minneapolis.

The guests of the private event were all employees of Emerson corporation, a Fortune 500 company that makes specialized products and provides engineering services for a wide range of industrial, commercial, and consumer markets. They are a worldwide company and have offices here in the Twin Cities. The guests were from all over the world which is why magic is such a great entertainment option as it can speak universally to folks. In fact, one of my Osseo High School alumni works for Emerson and was at the event! Which was funny because the last time I saw him was at his wife’s company’s Christmas party at a hotel in Plymouth!

Another gentleman there was so amazed by the magic, he facetimed his daughter and he me perform a trick for her streaming over the internet live from US Bank Stadium! That was a lot of a fun and a first for me!

My highlight of the event though was simply introducing myself to the guests as I was about to perform for them. It turns out, the CEO of Emerson is also named “David Farr” People couldn’t believe this! I showed my ID and business card to many folks who though it was quite the coincidence that the name of the CEO and the magician at their corporate event matched! Unfortunately, he wasn’t in Minneapolis that night otherwise I was going to track him down and introduce myself as I’m sure he knows that there is another David Farr famous for being an amazing Minneapolis magician.

This wasn’t my first event for Emerson. Many years ago I was hired as a strolling magician for a division of Emerson in Minneapolis. Back then, the guests also thought it was funny that my name was the same as their CEO.

Check out the pictures I took from the event. The attendees got to play catch on the field (doing their best impression of Vikings wide receiver Stefon Diggs!) and play different fun interactive games, eat amazing food and of course experience the magic of David Farr (the magician, not the CEO of Emerson) 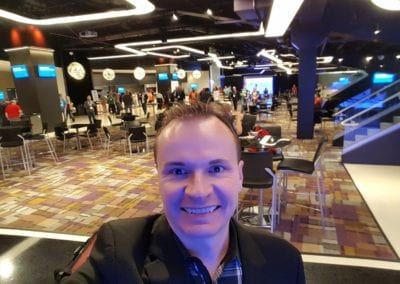 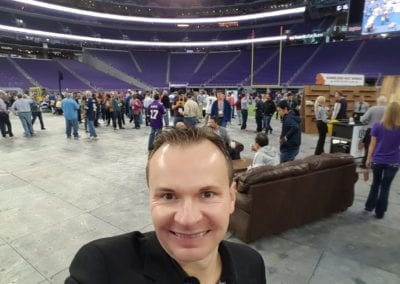